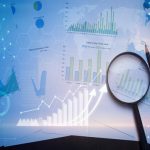 What Is the Critical Path Method (CPM)?

The critical path method in project management is the longest possible sequence of activities. It must be completed in order to successfully deliver a project from start to end. The activities on the critical path method are typically known as Critical Activities. In other words, if they get delayed, the whole project gets delayed effectively, and therefore, by finding the critical path you can the actual duration of a project. You will have a better picture of the Project’s total schedule. Traditionally before the advancement of Project Management Software project managers used to draw the critical path method network diagram by hand over the chart. However, today Critical Path can be calculated automatically with project scheduling software. It is much easier and faster.

In this article, we will analyze and understand the critical path method in PMP Certification Training Course. It will figure out associated terms along with it.

In a project, the Critical Path Method network diagram is a tool. It shows the order in which Project activities are scheduled. It is conducted to achieve the goal of the Project. The Project network diagram is a representation of the Project Schedule and is done in a graphical manner. So, In the PMBOK guide, this diagram is called as Project Schedule Network Diagram. This diagram is a combination of boxes and arrows, it is usually drawn from the left to right sequence. Here boxes are referred to as Activity Nodes. Hence, the reason why it is called Activity On Node or AON diagram.

The Project Schedule Network Diagram completes for the Project. You will end up having begun and end dates of each activity that occurs from the start of the project to the end. Various Project Activities will be sequenced and completed in order. It is based on the relationship between those activities. The critical path method is used to find the longest path for sequenced jobs. This is because it gives the actual project duration.

Now, in this article, we will explore the critical path method in the project management course. It will emphasize how it is calculated? Also, the other factors that hover around the Critical Path Method.

How to Find the Critical Path?

The critical path of a project is calculated by first identifying all possible paths of activities from the start of the Project in the network diagram to the end of the Project. Once all possible paths of activities are determined, the longest path in the project goes from the start until the end. it will be the Critical Path. We can consider the closest or nearest path to the identified Critical Path. Considering in terms of Project duration is the Near Critical Path. Consider that your project’s critical path is 14 months. And if the nearest path that is close to 14 months in the Project network diagram is 12 months. the Near Critical Path will be 12 months.

Now let us take an example. We will consider a set of activities. We can determine the Critical Path Method. It is for the Network Diagram. Since it will be based on those activities.

From the above table of Activities, we can see each activity with its duration in days. Since it also has the dependency of each activity on other activities. The next logical step is, using these relationships in order to draw the project network diagram. It comes right as below. You can also verify this against the diagram, for instance, keep in mind that this is the most basic version of the network diagram. It does not include other activity attributes since some of them like an early start, early finish, late start, late finish, etc.

Once you are done with the network diagram you will see that the diagram also has all activity paths from the start until the end of the project and will be relevant in order to complete the project. We will go over these paths one by one now in order to identify the critical path of the project.

So, what are the possible Paths from Start to End? It is in the given diagram?

In other words, It is clear here that out of the three possible paths the longest path is Path #1 ABDGH = 19 Days. Therefore, Path #1 is the Critical Path of this network diagram. This means this is also the Project Duration (19 Days).

Now that we have an understanding of what is a Critical Path Method. Let us try to understand more advanced factors involved in the process.

The float is also known as Slack. It is the amount of duration an activity can be delayed without causing any delays. So, It can be on the Project level. It can also be done in any of the other succeeding activities. We try to understand different types of Floats. let’s understand some additional concepts.

These attributes are denoted in an activity node like below

There are two major types of Floats.

The duration of an activity can also be delayed by the team. it is done without delaying the Project’s end date. It is called the Total Float. in other words, You would have guessed by now that Critical Path Activities. As a result, This will have a float of Zero. It is also the longest possible path in the project.
The formula for Total Float: Total Float = Late Finish – Early Finish (Or Late Start – Early Start)
Using the formula. Hence, Total float on every activity, for our example, is calculated in Green Circles.

For instance, The duration of time an Activity can be delayed by the team. since It is done without delaying the Early Start of a Succeeding Activity is called Free float. Like Total Float, all activities in a Critical Path will also have a float of Zero. it is for the same reasons explained above.
The formula for Free Float:
Free Float = Min (ES of Successors) – ES of Activity – Duration of Activity
Using the formula. Hence, Free float on every activity, for our example, is calculated in Blue Circles. 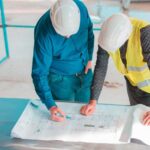 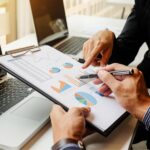 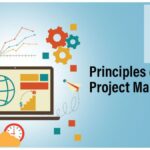 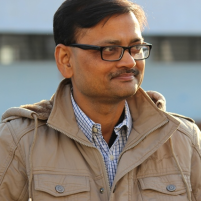 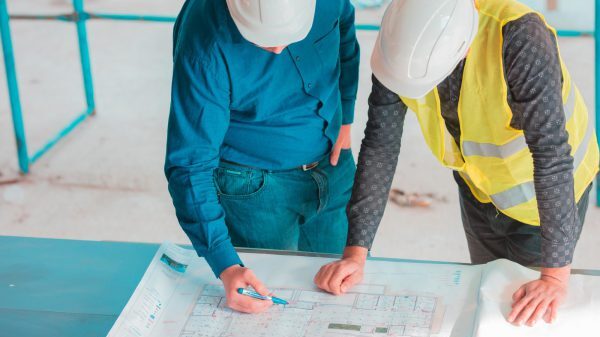 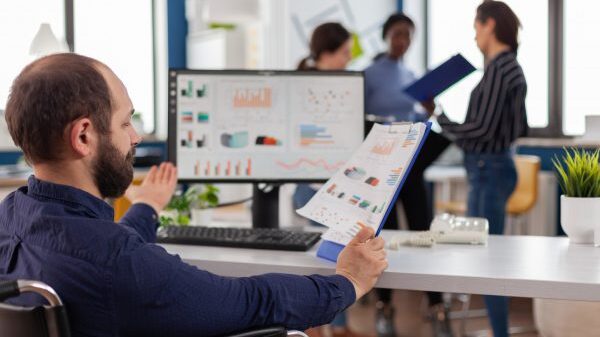 What is a Gantt Chart in Project Management? 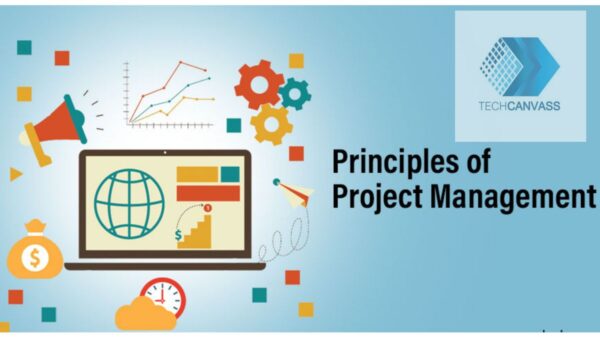 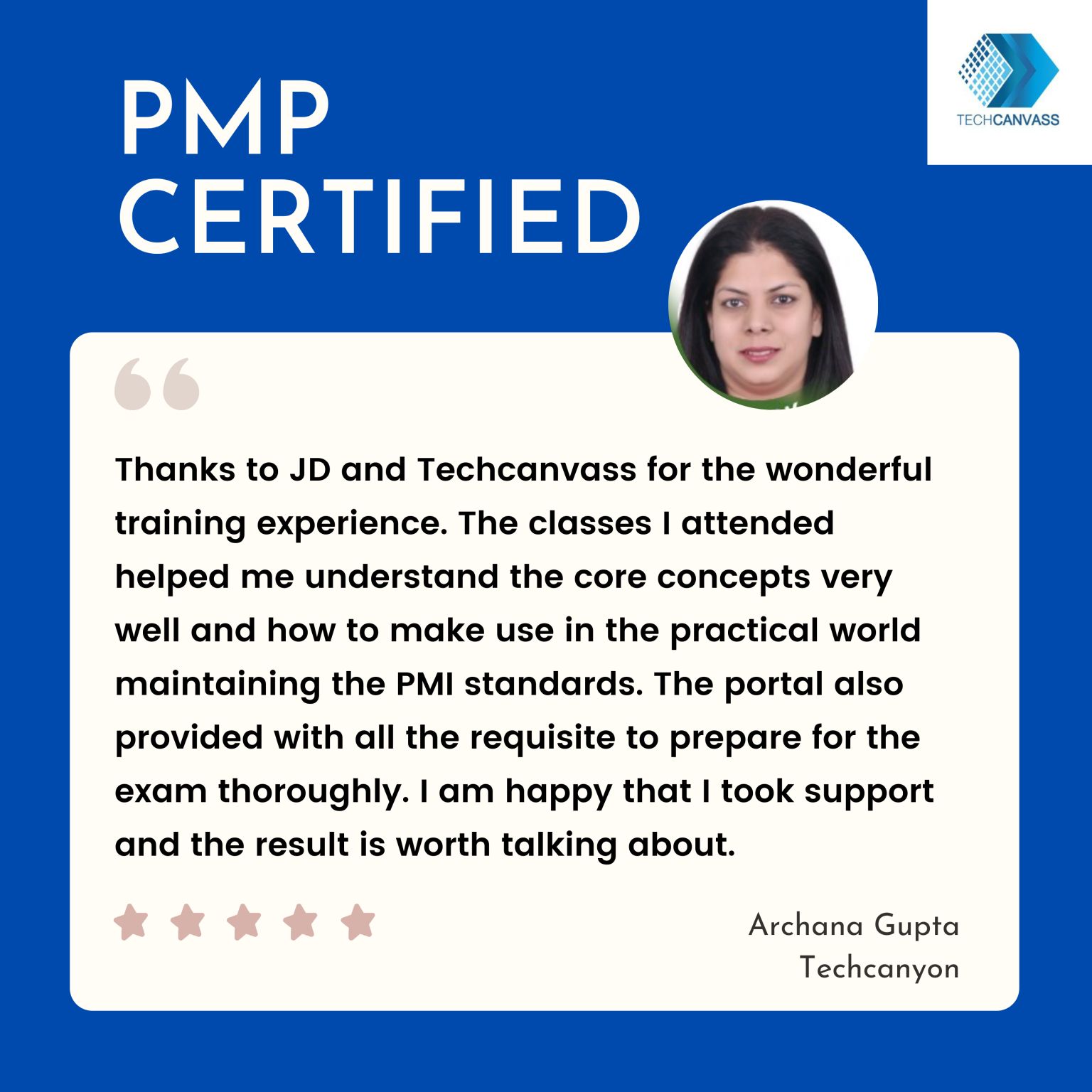